These hearty whole grain pancakes full of protein and fiber are sweetened naturally with a warm, cinnamon-scented apple topping. 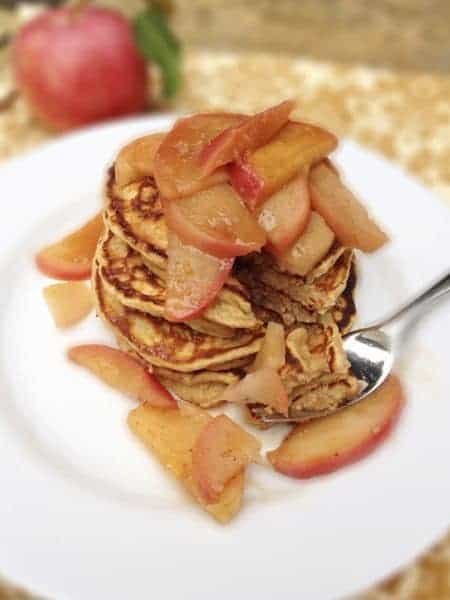 Have you gone apple picking yet this season?? We recently took our 2 year old son to a nearby orchard and had a blast running through rows and rows of picturesque apple trees. 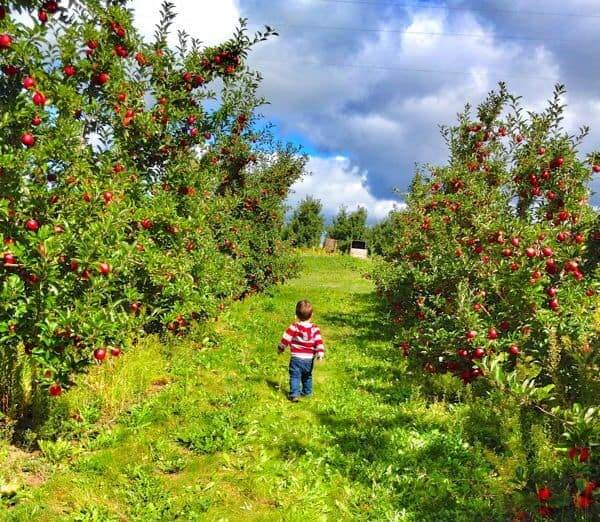 Doesn’t it look like an illustration straight from a page out of a children’s book?? The weather was ideal: partly sunny with a high in the lower 60’s. We could break out our favorite fall clothes without worrying about heavy coats. 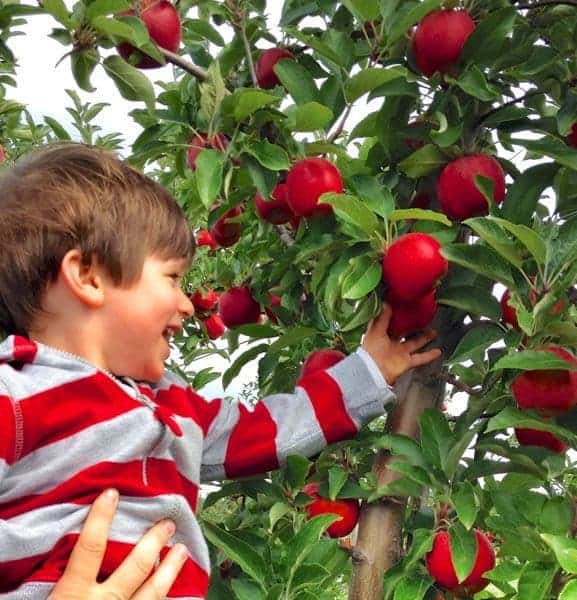 We also discovered that toddlers make excellent apple pickers! In fact, he didn’t eat a single apple before we left the orchard. I wish I could say the same for our blueberry picking experience where he ate 10 berries for every 1 that landed in our bucket. :) 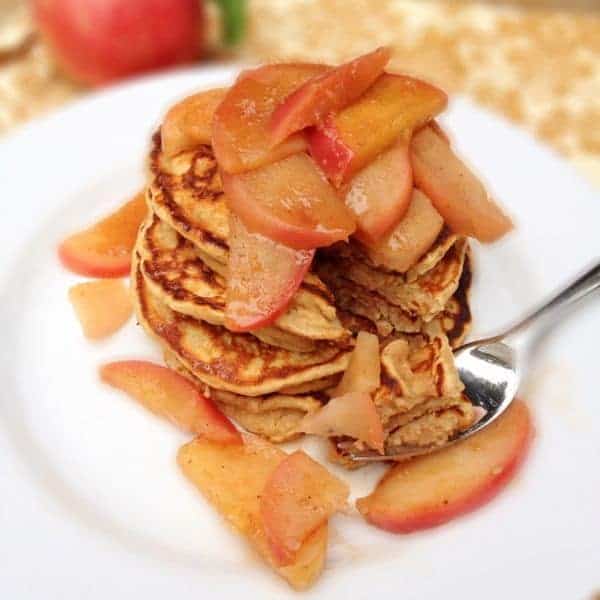 To celebrate our apple bounty I whipped up a batch of fluffy pancakes filled with lots of hearty grains, protein, fiber and other nutrients. Instead of the usual maple syrup I decided to create a simple warm apple topping full of cinnamon, ginger and cloves. My son was actually more interested in the apple topping than the pancakes! It was definitely a winner.

What will you be cooking and baking this apple season??

Liz is the founder and creator of The Lemon Bowl. With an emphasis on healthy eating and living, Liz’s recipes and food photography have been featured in various publications including the cover of Women’s World magazine, Good Housekeeping, Shape, Real Simple, Cosmopolitan, Food Network Blog, Huffington Post, TODAY Food, Foodgawker and The Cooking Channel. Read More about me!