This Lebanese-inspired Slow Cooker Chicken Soup recipe is made with lemon juice, cinnamon, spinach and chickpeas. Naturally gluten free and full of flavor. 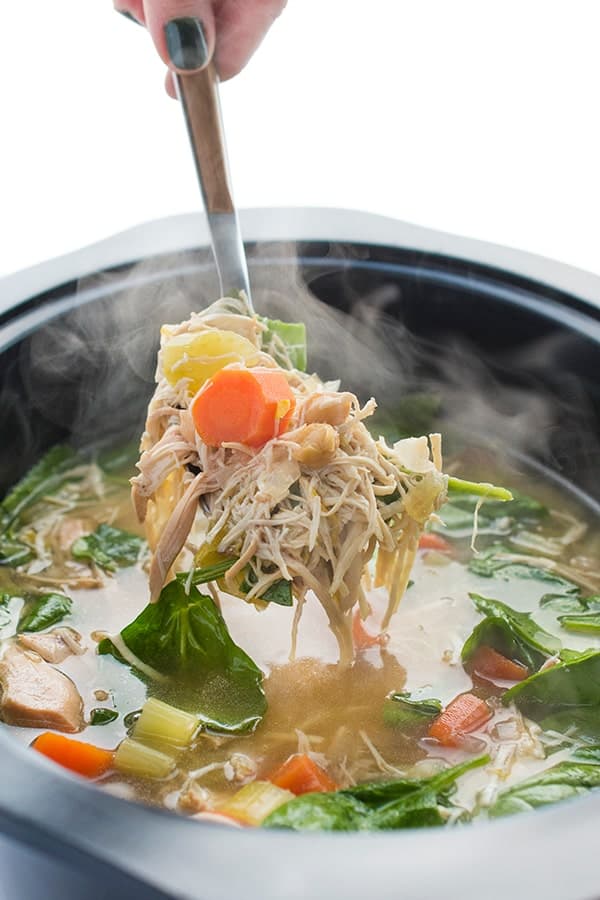 One of my favorite flu-fighting soups, I crave my mom’s chicken soup on a regular basis. Lemony, hearty, chock-full of chickpeas and lightly spiced with warm cinnamon, it is everything I love about chicken soup in one bowl. 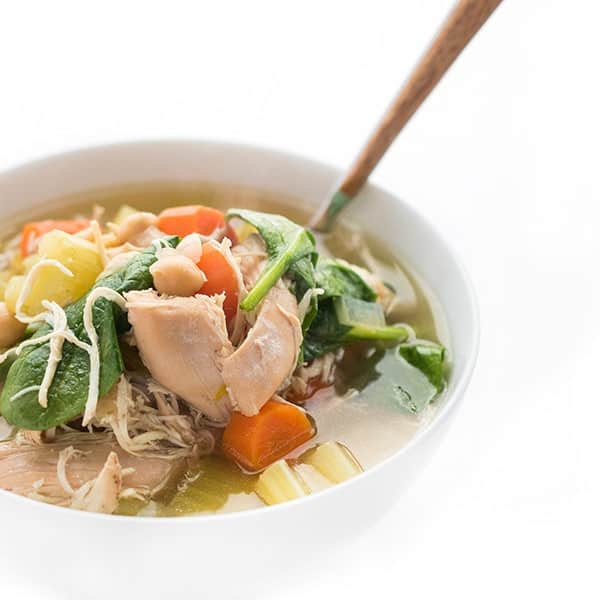 Naturally gluten free, this Lebanese slow cooker chicken soup recipe does not contain any noodles. That said, you’re more than welcome to add them if you prefer. I would suggest cooking them separately and ladling the soup on top of the cooked noodles to avoid them absorbing too much of the broth and becoming too mushy. 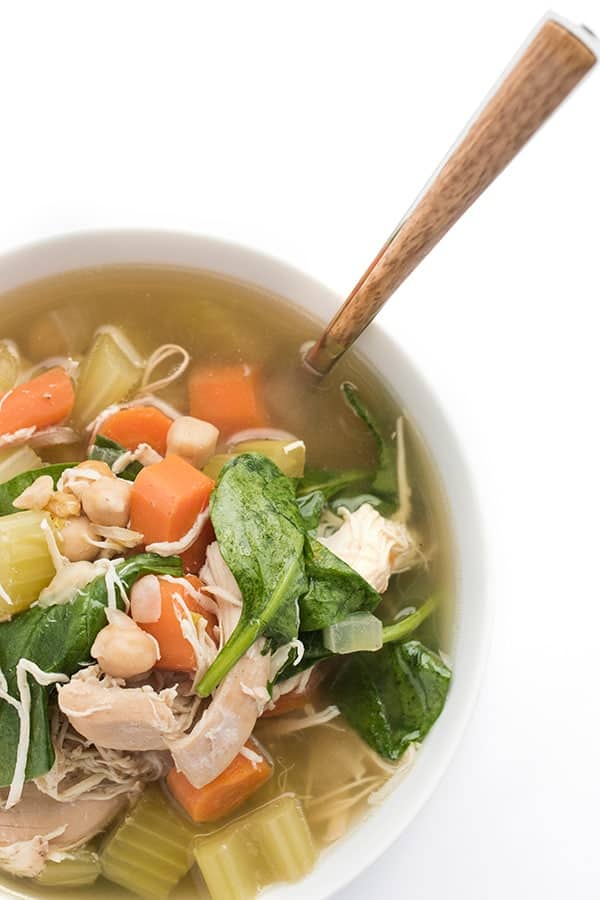 To keep the spinach bright green, toss it in right before serving. In fact, whenever my mom gifts this soup to friends or family she will pack a bag of spinach separately from the soup for people to add at the last minute. 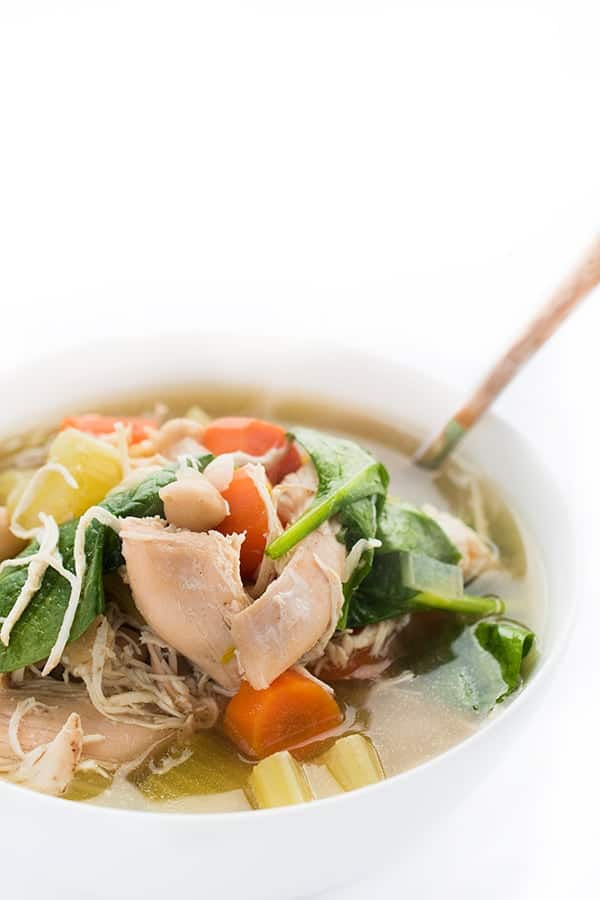 I love mine nice and lemony but feel free to dial up or down the lemon juice to your taste. The same thing goes for the cinnamon. Either way, just promise me you’ll make this slow cooker chicken soup recipe.

Check out more soup recipes on my Pinterest board!