Popovers are like the heavenly cross between French toast (too messy to dredge) and pancakes (not eggy enough). 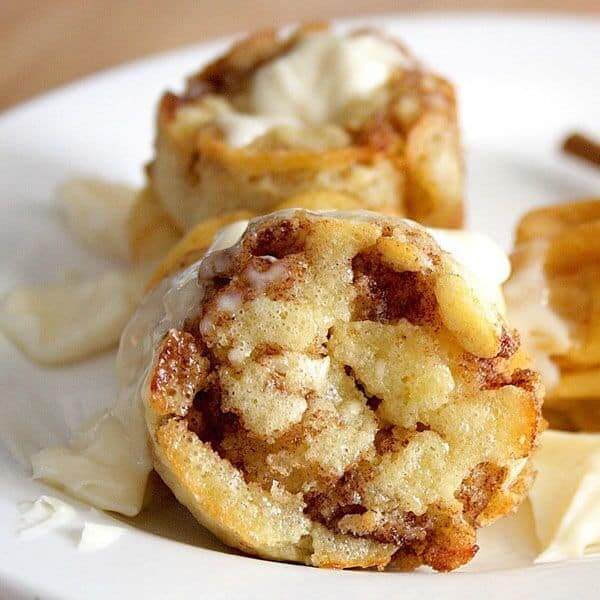 Happy Friday! Guess what Friday means? It’s cheat day! Ok let’s be real, cheat days happen a bit more frequently while pregnant but let’s not go there. If you’re going to splurge, you might as well splurge and I can’t think of a better person to help me do just that than my friend Susan over at Doughmesstic. Don’t worry, I’ll be back on Monday with a healthy treat so in the meantime, put your feet up and enjoy these popovers. You deserve them.

I am so thrilled to be able to guest post for the lovely Liz today, and introduce all of you healthy living readers to the dark side.

Liz is a wonderful, healthy recipe blogger. You love her for that, I know. Me? I am a baker, by nature, and with very few exceptions, you’ll find nothing but sweets and other downright hip widening recipes on my own site, Doughmesstic.com. Of course, that’s not all my family actually eats, but it’s what I am known for, and when my readers scream for cheesecake, I give them cheesecake.

I am a team player, folks. I’m a giver. A pleaser.

You know what else is a pleaser?

If you’ve never had a popover, let me enlighten you. Popovers are like the heavenly cross between French toast (too messy to dredge) and pancakes (not eggy enough). Puffy and delicious, kids adore them and their magical rising qualities,  adults love them for their ease, the flavor, and their adaptability. They are so adaptable, in fact, that I created the Popover Project last year, and posted over 40 different popover recipes on my site. I’ve made popovers with Oreo Cookies, Pink Velvet Cake popovers, and even savory popovers like pizza and spaghetti. One of my all time favorites though is the cinnamon roll popovers I want to share with you today.

Cinnamon rolls are already a crowd pleaser, but you and I both know – they take time and effort. Delicious, yes, and worth it, but, wow – they aren’t something you can just throw together at a moment’s notice. Cinnamon Roll Popovers, however, can be ready just when you need them. Ten minutes of prep time, half an hour in the oven, and voila – you’ve got heaven on a plate.

Give them a try and let me know what you think!