This is fool-proof, light brothy soup packed with classic Asian flavors and ready in as little as 5 minutes. Perfect for those cold days! 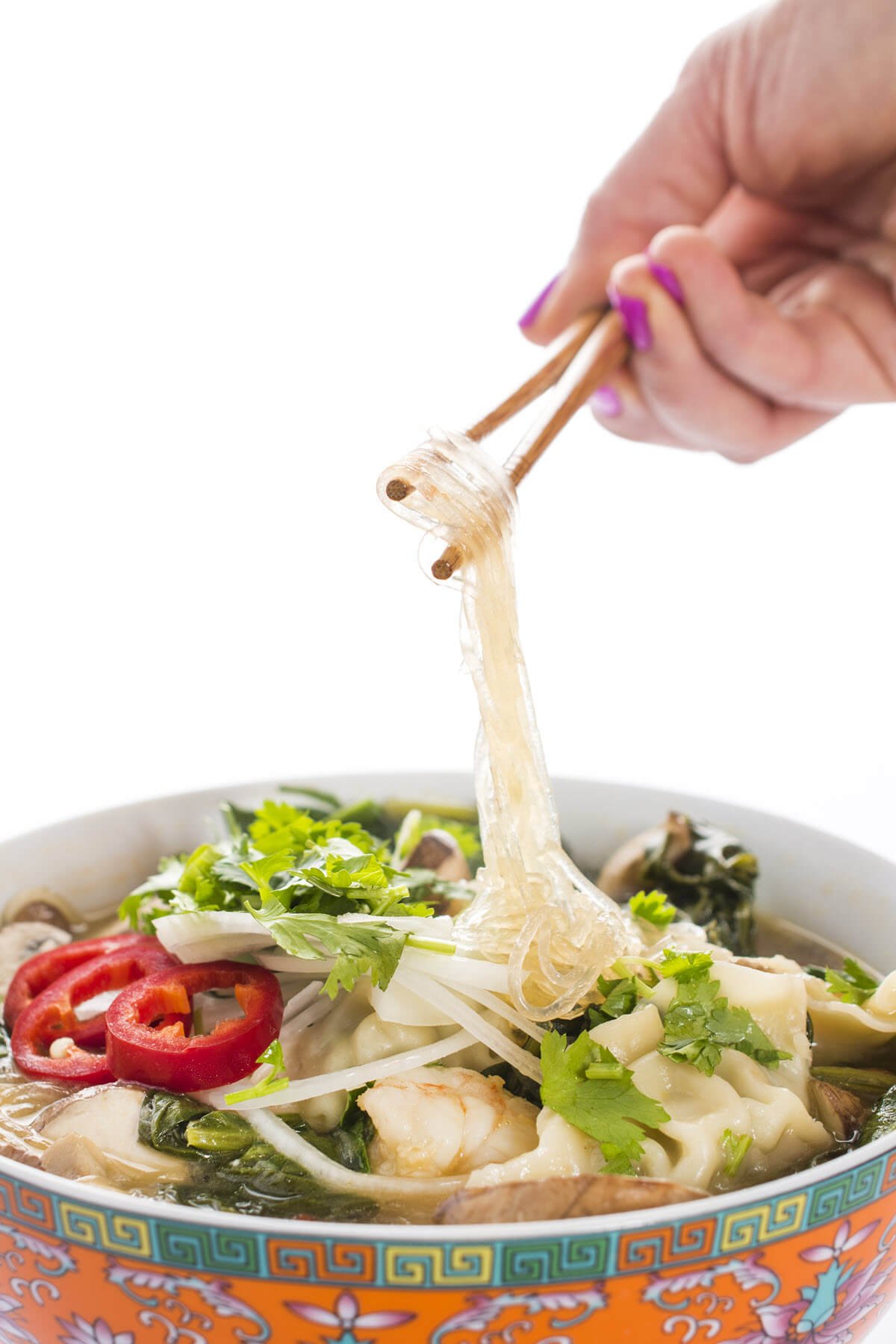 I’m not sure what it is about Asian soups and warm weather but I seem to crave them just as much when it’s hot out as I do in the winter! From pho to egg drop to sizzling rice to miso, I can’t get enough of these sweet, salty, spicy, and sour soups! 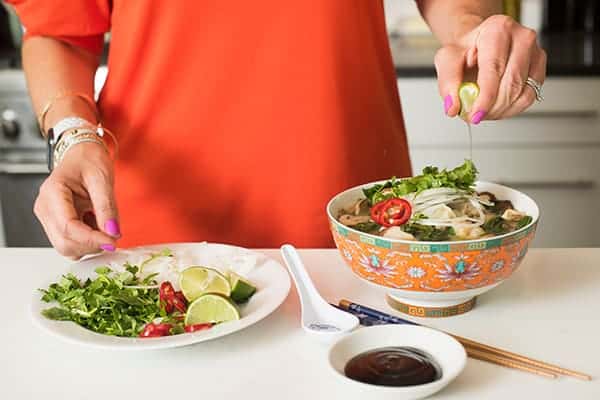 Recently, I was in search of a quick and easy meal that I could throw together in minutes with items I already had on hand in my pantry. (And yes, this soup is exactly what inspired me to share my thoughts on Stocking Your Pantry for Asian Cooking!) 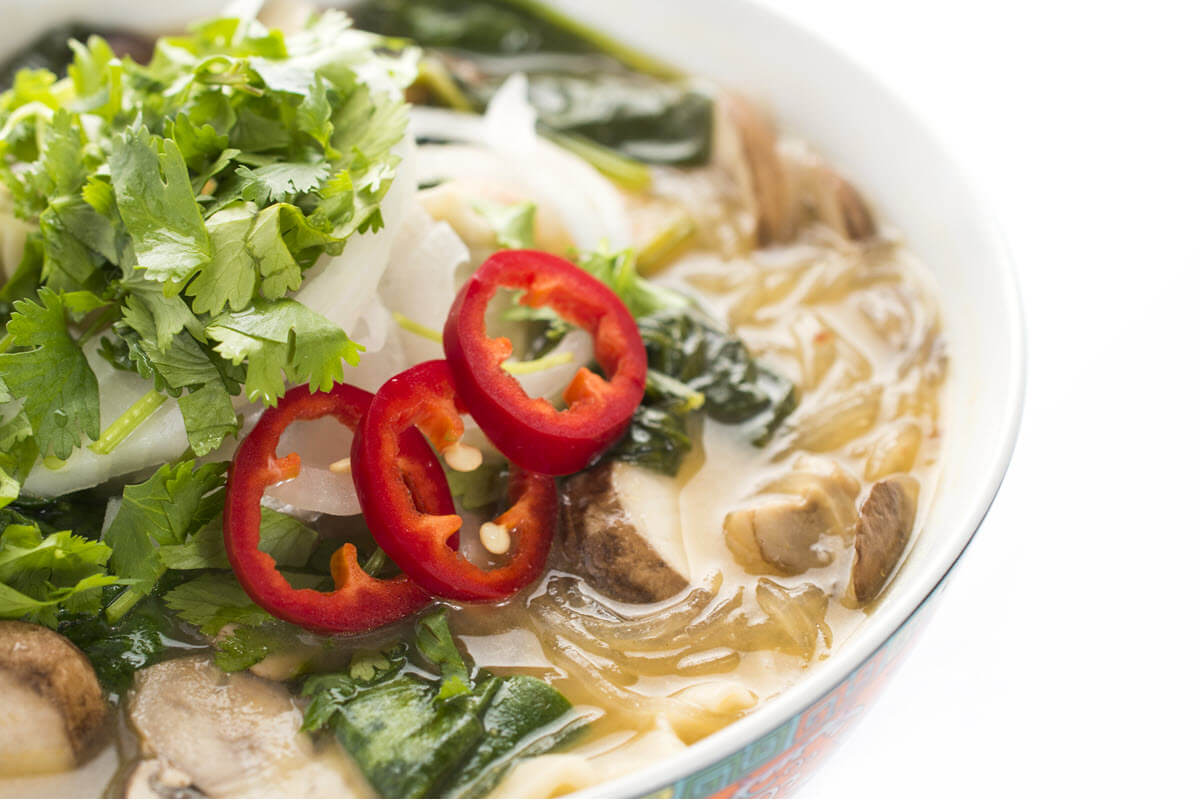 Although I have made homemade dumplings before, I  also like to keep a store-bought bag in the freezer for last-minute Asian cravings. We love the chicken cilantro dumplings sold at Costco and Trader Joe’s but this soup will work with any type of dumpling. 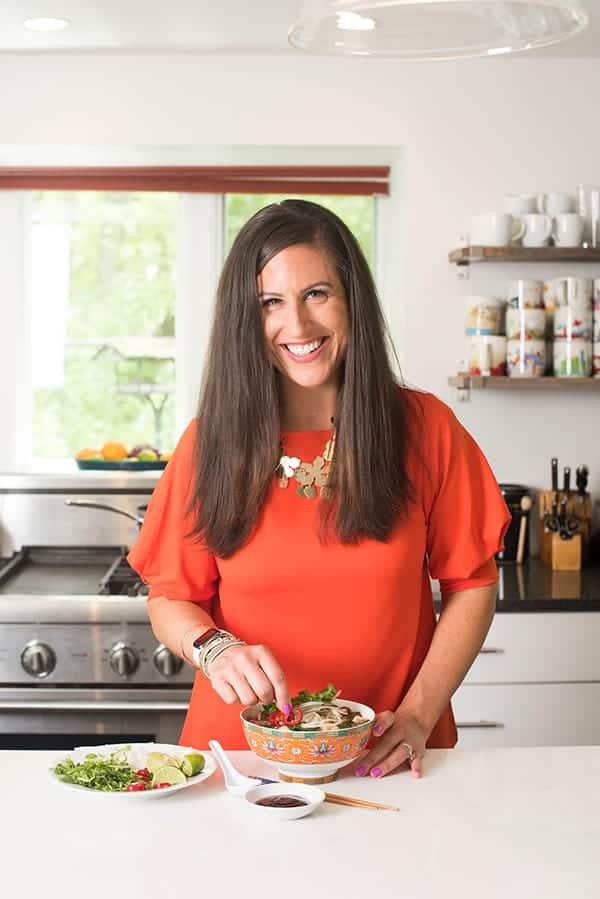 Oh and in case you’re wondering, yes, this soup really is ready in under 5 minutes. In fact, when I timed myself last week I got it on the table in 4 1/2 minutes. What can I say? When a pregnant woman is hungry she doesn’t like waiting for her food. :)

Slurping is encouraged, no forks required.

Where do you buy frozen wontons?

Costco or Trader Joe’s sell them. PF Chang’s also has a line of frozen wontons in some major supermarket chains.

Where do you buy frozen wontons?

Costco or Trader Joe's sell them. PF Chang's also has a line of frozen wontons in some major supermarket chains.

What can be substituted for kale or spinach?

Baby bok choy would be a nice substitute

Want more easy Asian recipes? Head over to my Pinterest board!